Acute methamphetamine administration in rats has been used as an animal model of mania [5]. The candidate genes identified in that study through a convergent functional genomics approach, as discussed in the section on mood disorders, may also represent players involved in stimulant addiction and provide a mechanistic basis for comorbidity between bipolar disorders and stimulant abuse and addiction.

Cocaine enhances dopamine-mediated neurotransmission by blocking dopamine re-uptake at axon terminals. The striatum is one such site of action. Chronic exposure to cocaine up-regulates several transcription factors that alter gene expression and which could mediate the long-term neural and behavioural changes induced by the drug. One such transcription factor is DeltaFosB, a protein that persists in striatum long after the end of cocaine exposure. Using DNA microarray analysis of striatal tissue from both indu-cible transgenic mice engineered to overexpress DeltaFosB and mice treated with cocaine, cyclin-dependent kinase 5 (Cdk5) was identified as a downstream target gene of DeltaFosB [79]. Overexpression of DeltaFosB, or chronic cocaine administration, raised levels of Cdk5 messenger RNA, protein and activity in the striatum. Interestingly, injection of Cdk5 inhibitors into the striatum potentiated behavioural effects of repeated cocaine administration. This elegant study implicates the neuronal protein Cdk5 as a regulator of the effects of chronic exposure to cocaine, and identifies a novel cellular pathway as a potential target for pharmaceutical drug development.

Changes in brain gene expression are thought to be responsible for the tolerance, dependence and neurotoxicity produced by chronic alcohol abuse. DNA microarrays have been used recently with some success in studies of alcoholism [20]. RNA was extracted from post-mortem samples of superior frontal cortex of alcoholics and non-alcoholics. Relative levels of RNA were determined by array techniques. Expression levels were determined for over 4000 genes, and 163 of these were found to differ by 40% or more between alcoholics and non-alcoholics. Analysis of these changes revealed a selective reprogramming of gene expression in this brain region, particularly for myelin-related genes, which were down-regulated in the alcoholic samples. In addition, cell cycle genes and several neuronal genes were changed in expression. The investigators conclude that the observed gene expression changes suggest a mechanism for the loss of cerebral white matter in alcoholics as well as alterations that may lead to the neurotoxic actions of ethanol.

The sequencing of the human and other mammalian genomes is a watershed event that will help us to understand the biology of addiction by enabling us to identify genes that contribute to individual risk for addiction and those through which drugs cause addiction. A preliminary search of a draft sequence of the human genome for genes related to desensitization of receptors that mediate the actions of drugs of abuse on the nervous system yielded multiple potential candidates and illustrates the impact this methodology can make in speeding up the discovery process [70]. 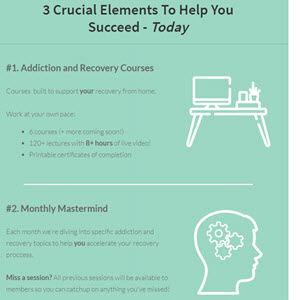 How to withdraw from cocaine, Alcoholics Can Be Cured, Treatment of Alcohol Abuse, Treatment for Methamphetamine Dependence, Bipolar Disorders