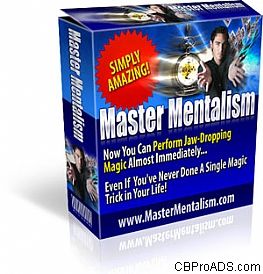 Around the same time that Binet introduced his intelligence test, English psychologist Charles Spearman published his own theory of intelligence. It, too, was at odds with Binet's concepts. Yet in later years, Spearman's ideas, like those of Galton and Cattell, were often promoted using Binet's test.

Spearman's early work was actually inspired by Galton and Cattell. In one experiment, he studied two dozen schoolchildren in three ways. First, he had their teacher rank them on "cleverness in school." Second, he had the two oldest children rank their classmates on "sharpness and common sense out of school." Third, Spearman himself ranked the children's performance on tests designed to measure the sharpness of their senses. Then Spearman calculated the correlations among these measures. He found a modest association between the teacher's and classmates' rankings, on one hand, and the sensory rankings, on the other. These findings differed from Clark Wissler's results, who had found no correlation. Spearman explained the difference, however, by pointing out flaws in Wissler's work. In truth, Spearman's own method was far from perfect. Later researchers have tended to confirm Wissler rather than Spearman, finding very little association between sensory abilities and mental abilities.

Nevertheless, Spearman was encouraged. He went on to study the grades that children had earned in various school subjects. He found that children who did well in one subject tended to do well in the others, too. Likewise, children who did poorly tended to do so across the board. Taken together, Spearman's findings seemed to point to a common thread tying together all these measures of mental ability. Spearman referred to this single, broad capability as general intelligence, or g. He first published his theory of general intelligence in an influential 1904 paper.

Although Spearman disagreed with Binet's theory, he was quite impressed by the Binet-Simon Scale. Even Spearman realized that his own method of measuring intelligence with teacher rankings, classmate rankings, and grades was not ideal. For one thing, it was too closely tied to school performance. Binet's test offered a useful alternative that was not as greatly affected by past classroom experiences.

Of course, Spearman saw Binet's test from his own point of view. When Spearman calculated the correlations among individual items on the test, he found a familiar trend: Children who did well on one item tended to also do well on the others. Spearman took this as evidence that the items were actually measuring general intelligence to a large extent. He argued that Binet's test worked precisely because the overall result provided a useful estimate of a person's level of general intelligence. In addition, he believed that a person's general intelligence level owed more to heredity than to lifestyle and experiences. This became a popular view, even though Binet himself did not share many of Spearman's ideas.