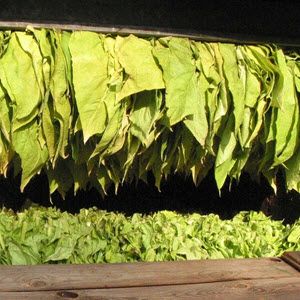 Although the possibility that plant PIs were insecticidal compounds had been suggested as early as 1947,31 a clear demonstration that these proteins could be significant factors in protecting plants against insect attack was not put forward until 1972, when Ryan and coworkers16 demonstrated their accumulation in the leaves of certain species of solanaceous plants as a result of wounding

(see above). These authors suggested that insect damage might act as a trigger for the synthesis of PIs, which would then act as defensive proteins by blocking insect digestion, leading to starvation and death. Evidence that this protective role could be observed in plant tissues which had accumulated PIs was first provided by our group,32 after we observed a correlation between high levels of trypsin inhibitor and resistance to a seed storage pest, the bruchid Callosobruchus maculatus, in seeds of cowpea (Vigna unguiculata), and showed that addition of the cowpea PI to a semi-artificial diet inhibited development and decreased survival of larvae of this insect. Although subsequent work has shown that other factors are also involved in resistance of cowpea varieties to the seed weevil,33 our initial finding supported the hypothesis put forward by Ryan and colleagues, and opened the way for the subsequent exploitation of such compounds in crop protection by genetic manipulation.

In order to identify suitable PIs and their encoding genes for transfer to plants, systematic studies of a wide range of inhibitors have been carried in an attempt to find a kinetic parameter which could be useful in predicting the potential of any inhibitor to act as a resistance factor to a given pest. The dissociation constant of the enzyme/inhibitor complex was suggested as such a parameter (see Chapter 10, this volume).34 Although this strategy has been successfully adopted in specific cases, there are in fact limitations on relying solely upon information obtained from in vitro tests, as will be discussed in detail elsewhere (see Section 2.5). To this end, testing the inhibitor in artificial diet against the target insects is more reliable, although this too has its limitations, as was found to be the case for SKTI when tested against the tomato moth Lacanobia oleracea in artificial diet and on SKTI-expressing transgenic potato plants (see Section 2.5).

The first gene of plant origin to be transferred to another plant species to produce enhanced insect resistance was isolated from cowpea, and encoded a Bowman-Birk type serine PI with two inhibitory sites active against bovine trypsin (CpTI).35 We produced a fUll-length cDNA clone of CpTI, and placed its coding sequence under the control of the constitutive cauliflower mosaic virus (CaMV) 35S promoter in the final construct prepared for transfer to plants. Transgenic tobacco plants were produced by a standard Agrobacterium tumefaciens-mediated transformation protocol, using a binary vector system. Transformants were screened for CpTI expression, which showed that many of the resulting plants expressed CpTI at levels greater than 0.1% of total soluble protein, a general observation for expression of proteins of this type in transgenic plants. Plants expressing CpTI at the highest levels (approximately 1% of total soluble protein) were clonally propagated, and used for insect bioassays. Initially bioassays were carried out using first-instar larvae of the tobacco budworm, Heliothis virescens, a pest of major economic importance attacking tobacco, cotton and maize. With these clonal plants and subsequent generations derived from their self-set seed, the CpTI-expressing plants showed reduced damage by up to 50% compared to the control plants, and reduced insect survival and biomass, again by as much as 50%. The antimetabolic effects of CpTI expressed in transgenic tobacco have also been observed with other lepidopteran pests including H. zea, Spodoptera littoralis and Manduca sexta. Subsequent trials carried out in California showed that the expression of CpTI in tobacco afforded significant protection in the field against H. zea?6

Following on from the study using tobacco as a model system, the gene encoding CpTI has been expressed in a range of different crops (Table 2.1). Constitutive expression of CpTI in potato showed significant antimetabolic effects on larvae of the tomato moth (Lacanobia oleracea), with mean larval weight being decreased by nearly 50% in plants expressing CpTI at approx. 0.5% of total soluble protein in the leaves,37 although little effect on larval survival was observed and plant damage was also little reduced (Fig. 2.3). A better example is the use of this gene to protect strawbery against damage by vine weevil Otiorhynchus sulcatus, which is the major pest of strawbery in Europe, where it is endemic. The larvae damage root systems resulting in severe loss of yield or plant death, and recent reports suggest that damage is no longer confined to the root systems but is also occurring on the vegetative tissues. Since the withdrawal of persistent organochlorines, at least in parts of Europe, the control of adults and larvae has become difficult as few of the currently available products are effective under field conditions and no genetic resistance in commercial germplasm has been identified. The CpTI construct described above has been inserted into strawbery cultivars by Agrobacterium-mediated gene transfer for control of this pest.38,39 Results from two independent glasshouse trials showed that expression of the CpTI gene in transgenic strawbery plants was effective in protecting roots from vine weevil larval feeding.40 Control plants inoculated with vine weevil eggs had significantly less root mass than equivalent non-inoculated plants (see Fig. 2.4), and showed a substantial and significant reduction in weight compared with all but one of the transgenic lines; similar results have been obtained in recent field trials (Graham, pers. comm.). Although this inhibitor is at present being constitutively expressed, work is underway to identify a promoter which will not be active in the fruit of this plant. Similarly, encouraging results have also been obtained in rice where the constitutive expression of CpTI conferred significantly enhanced levels of resistance in the field towards two species of rice stem borer, Sesamia inferens and Chilo suppressalis.41 Despite CpTI being insecticidal against a wide spectrum of insect pests, mammalian feeding trials incorporating the purified protein at levels of 10% of total protein content in the diet showed no acute toxic effects,42 possibly

Other serine Pi-encoding genes have also been tested as protective agents for crops. For example, the tomato PI-II gene (which encodes a trypsin inhibitor with some chymotrypsin inhibitory activity), when expressed in tobacco, was shown to confer insect resistance43 when expressed constitu-tively using the CaMV 35S promoter, but, interestingly, not when expressed with a wound-inducible promoter. The bioassays showed that the decrease in larval weight in insects reared on transgenic plants was roughly proportional to the level of PI-II being expressed. Several of the transgenic plants were shown to contain inhibitor levels over 200 ^g/g tissue, which is within the range that is routinely induced by wounding leaves of either tomato or potato plants.44 However, tobacco plants expressing tomato PI-I at similar levels had no deleterious effects upon larval development, showing the specificity of interactions between inhibitors and insect species. McManus et al45 obtained similar results with potato PI-II expressed in tobacco against the noctuid lepidopteran Chrysodeixis eriosoma, the green looper. The wound-inducible potato PIs (PI-I and PI-II) have now been constitutively expressed in a range of crops where they have been shown to confer resistance (Table 2.1). As with CpTI, expression of PI-II in rice conferred significant levels of protection in the field towards rice stem borers.46

Serine PIs from animal sources have also been tested as potential protective agents. For example, the serpin-type serine PIs from insect haemolymph have been identified as possibly being targeted against insect proteinases, since they may play an endogenous regulatory role. Transgenic alfalfa, cotton and tobacco expressing insect haemolymph inhibitors have been produced,47-49 and some protection against insect pests has been observed. The most interesting result has been

Fig. 2.3. Effects of the serine PI cowpea trypsin inhibitor (CpTI) on larvae of tomato moth (Lacanobia oleracea) when expressed in transgenic potato plants at approx. 0.5% oftotal soluble leaf protein. Eight neonate larvae were placed onto each of12 control and 19 transgenic plants, and allowed to develop for 22 days, when the most developed larvae were in the final instar. The transgenic plants showed marginally reduced survival (but not significant at p<0.05), and a reduction in mean larval weight by approx. 45% (significant at p<0.0001), but leaf damage was not reduced in this assay.

Fig. 2.3. Effects of the serine PI cowpea trypsin inhibitor (CpTI) on larvae of tomato moth (Lacanobia oleracea) when expressed in transgenic potato plants at approx. 0.5% oftotal soluble leaf protein. Eight neonate larvae were placed onto each of12 control and 19 transgenic plants, and allowed to develop for 22 days, when the most developed larvae were in the final instar. The transgenic plants showed marginally reduced survival (but not significant at p<0.05), and a reduction in mean larval weight by approx. 45% (significant at p<0.0001), but leaf damage was not reduced in this assay.

the production of transgenic tobacco with enhanced resistance to the whitefly, Bemeisia tabaci.48

Although the range of serine PIs used and the range of crops transformed is ever increasing, the commercial viability of this strategy has yet to be proven. The level of protection afforded by the expression of these inhibitors in transgenic plants is often better than 50%, in terms of reduction in plant damage, decrease in insect survival and biomass, but these levels are not considered to be high enough to be commercially viable, where the benchmark is often protection levels of >95%, i.e., comparable with the results of chemical pesticides or tacillus thuringiensis endotoxins. Several laboratories are actively addressing ways in which to increase the efficacy of serine PIs as protective agents against insect pests. However, a greater understanding of the mechanism of action of

PIs in insects, both at the biochemical and molecular levels, will be necessary before the technology can be fully exploited.

The Diet, How to Grow Tobacco, How to Build a Glasshouse