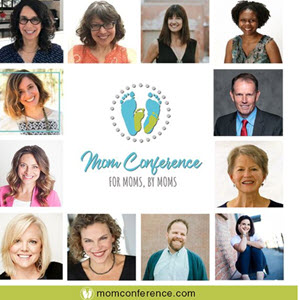 The role of pocket proteins in terminal differentiation has probably been best delineated in skeletal muscle. Skeletal differentiation is controlled by the MyoD family of basic-helix-loop-helix (bHLH) myogenic transcription factors, which induce both muscle-specific gene transcription and cell cycle exit.39-40 Notably, MyoD's transcriptional activity is impaired in the absence of pocket proteins.41 Skeletal myocytes deficient for Rb, in contrast to wildtype skeletal myotubes, re-enter the cell cycle in response to mitogens. This cell cycle reactivation occurred despite the presence of the related pocket protein family member, p107.39 To confirm the contribution of each pocket protein individually, MyoD was used to induce myogenesis in fibroblasts genetically engineered to be deficient for each Rb family member. 0 Rb"'" mouse embryo fibroblasts transfected with MyoD failed to express late markers of myogenic differentiation: while induction of early differentiation markers such as p21 or myogenin was normal in Rb-deficient cells, markers like myosin heavy chain, indicative of late differentiation, were attenuated. In addition, Rb-deficient cells were defective for accumulation in G0/G1, in response to MyoD. These defects were not observed in analogous cells lacking p107 or p130. Rb was found to promote the expression of late-stage muscle differentiation markers both by inhibiting cell cycle progression and by cooperating with MyoD to promote the transcriptional activity of a complementary myogenic factor, MEF2;42 the requirement for Rb could be partially overcome using a chimeric form of MEF2C containing a heterologous, constitutive transactivation domain.

Importantly, examination of mice with reduced levels of Rb confirmed these in vitro findings.43 Mice expressing low levels of Rb (using a transgene for partial rescue of the embryonic-lethal null phenotype) had defects in expression of the muscle-specific genes muscle creatine kinase and MRF4, and massive apoptosis of myoblasts. Surviving myotubes accumulated large, polyploid nuclei, thus implicating Rb in permanent withdrawal from the cell cycle. The basis for Rb's ability to support permanent cell cycle arrest, alone among the pocket proteins, is unclear; however, terminal differentiation of skeletal muscle is shown by the studies summarized here to be specifically contingent on Rb. While Rb has been suggested to play a role in the differentiation of other cell types as well, none of these effects has been as thoroughly characterized as its role in myogenic differentiation.

The concept that pocket proteins have overlapping but distinct roles in cell cycle control has been documented, clinically, for some time. While loss of Rb has been associated with many human cancers, mutations in p107 or p130 have rarely been detected.44'45 The molecular basis for this preferential effect has been elusive. The model proposed, historically, for the action of Rb draws on the identification of Rb as an essential substrate for G1 Cdks, and of E2F transcription factors as mediators for the repression of growth-associated promoters by Rb. Quiescent cells express an active, hypophosphorylated form of Rb, whereas cells in S and/or M phases contain hyperphosphorylated, inactive Rb. In G1, phosphorylation of Rb by G1 cyclin-Cdk complexes inhibits its association with E2F proteins, resulting in up-regulation of E2F-dependent genes. Transcriptional repression by Rb, in turn, entails the recruitment of nucleosome remodeling proteins including his-tone deacetylases and SWI/SNF factors.46

Refinement of this generic model, which is also true in part for other pocket proteins, occurred through the recognition that E2F actually comprises a family of heterodimeric transcription factors, that E2F-1 through -5 have differing ability to provoke S phase entry, and that Rb family members associate with distinct E2F family members. For instance, E2Fs-1 through -3 preferentially associate with pRb,47 while E2F-4 has been found in complexes with pRb, p107 and p130;48 E2F-5 binds preferentially with p130.49 These unique binding patterns are consistent with the recent observation of specific dysregulation of distinct E2F-dependent genes in Rb- versus p107/p130-deficient embryonic fibroblasts.50 Therefore, a straightforward but potentially simplistic model to explain Rb's effects in terminally differentiated tissues is that its ability to impose cell cycle arrest is based on its greater affinity for E2F-1, -2 and -3, the E2F isoforms with greatest growth-promoting activity.

Arguing against this interpretation, one analysis of the endogenous E2F-Rb complexes binding E2F-dependent promoters revealed that the genes' repression in quiescent fibroblasts was associated specifically with recruitment of E2F-4 and p130.51 Surprisingly, Rb was not bound to any of the E2F-dependent promoters analyzed. At least four scenarios could explain these unanticipated results: Rb is only recruited to E2Fs in terminally differentiated cells, not in merely quiescent ones; appropriate E2F-regulated promoters were not analyzed; Rb interacts with transcription factors other that E2F under physiological conditions; or Rb mediates its effects by some other means than direct transcrip-tional regulation via E2F. This latter possibility is supported by the observations that E2F binding alone does not appear to be sufficient to explain growth arrest by Rb.52 Moreover, at physiological levels of expression, Rb and p107 have distinguishable effects on growth arrest despite equivalent effects on repression via E2F.53

Thus, the exact mechanism whereby Rb exerts a selective effect on terminal differentiation, at least in skeletal muscle, is unknown but is the focus of intense research. Recent clues which suggest an alternative basis for the selective effects of Rb include the substrate-specificity of cyclin-Cdk complexes for particular pocket proteins,54'55 and potential differences in the recruitment of chromatin remodeling factors.

Despite the evidence presented above, the role of pocket proteins, and Rb specifically, in mediating terminal differentiation in cardiac myocytes is controversial. Forced expression of the known cardiogenic transcription factors cannot be used to trigger ectopic cardiogenesis in mouse embryo fibroblasts, as was done with MyoD to demonstrate pocket proteins' function in the case of skeletal muscle. More importantly, as a potential argument against this role, cultured neonatal cardiac myocytes reportedly do not reenter the cell cycle in response to hypertrophic agonists or mitogenic serum, even though Rb becomes hyperphosphorylated.11,56 Although not examined formally, it was assumed that Rb was inactivated and E2F released in the latter studies, since Rb phosphorylation was accompanied by induction of Cdk4, Cdk2 and Cdc2 kinase activities.11 However, because phosphorylation of Rb in terminally differentiated skeletal myotubes was likewise insufficient to allow cell cycle reentry,57 it is not clear that a difference in Rb utilization exists between the tissue types, as opposed to technical or biological issues related to the models examined.

Interpreting the effects of pocket protein deficiency on the cardiac cell cycle in vivo is especially complex. Despite widespread cell death and phenotypic abnormalities in a variety of other tissues, Rb-null embryos at day 14. 5 p. c. exhibit no obvious cardiac de-fects.58-60 Unlike Rb-deficient mice, p107- and p130-nullizygous mice each were initially reported as viable and appearing grossly normal. 1-62 Abnormalities in chondrocyte growth and bone development were uncovered only after simultaneous inactivation of both p107 and p130.61 An additional level of complexity was added to the interpretation of pocket protein function by the p130 deletion, which was well tolerated in a C57BL/6J background, yet resulted in arrested growth and embryonic lethality in a Balbc/J background.63 Death was likely secondary to the thin-walled hypoplastic myocardium, with defective looping and chamber formation. In the same genetic background, p107-null mice were viable, displaying normal hearts but myeloid hyperplasia and growth deficiency.64 Together, these experiments demonstrate that p130 has a unique role in cardiac development and that second-site modifier genes can dramatically affect the cardiac phenotype of certain mutations.

Attempts at demonstrating a direct role for Rb in the myocardium are complicated by the embryonic lethality of its deletion, independent of genetic background, prior to the onset of Rb expression in the heart. However, recent developments allowing site-specific deletion of DNA using the Cre/loxP system now allow the analysis of tissue-specific gene function in contexts that would otherwise result in lethality.65 Mice deficient for Rb expression only in the cardiac myocyte compartment have been created and at least at baseline, appear to be grossly normal.66 Whether this disparity implies that p130 is the critical Rb-family member in cardiac muscle is uncertain, given the known strain-specific effects. Studies are in progress to determine if these two pocket proteins can functionally substitute for each other in genetic backgrounds where no cardiac phenotype is seen and, conversely, to cross the cardiac-restricted deletion of Rb into potentially more susceptible backgrounds.