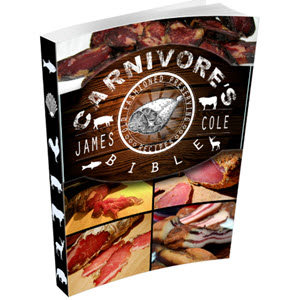 Biological systems can produce nitrite ions via enzymatic and non-enzymatic processes. Enzymatically, nitrite can be produced by a two-electron reduction of nitrate during deni-trification and nitrate assimilation processes in various plants and microbes, or alternatively via the four-electron oxidation of hydroxylamine by nitrifying bacteria [1-3]. The nitrite ions formed by these enzymatic pathways are involved in the nitrogen redox cycle in the biosphere [4]. Non-enzymatically, nitrite may be produced by the chemical oxidation of nitric oxide (NO) with dissolved oxygen in bio-fluids.

Historically, the food industries have used inorganic nitrate for preserving food and curing meat [5,6]. Nitrate is relatively non-reactive in chemical and biological systems, but its enzymatic reduction product, nitrite, shows anti-microbial activity. The effectiveness of nitrite as an anti-microbial agent is closely associated with its ability to trigger formation of NO, which reacts with microbial proteins that contain iron-sulfur clusters, resulting in their destruction to form dinitrosyl dithiolato iron complex (DNIC) [7-9].

The nitrate content of fresh vegetables is relatively high compared to that of nitrite, and this content ratio varies across different foods. Thus, humans are exposed to different proportions of food-derived nitrates and nitrites. The chemical reactivity of nitrite toward biological constituents in body fluid is considered an important factor in maintaining the desired low steady-state nitrite concentrations. In healthy humans, serum nitrite and nitrate levels are usually maintained at 6.6 ± 11 /M and 34 ± 18 /M, respectively, while cerebrospinal fluid nitrite and nitrate levels are maintained at 3.4 ± 3.1 /M and 7.6 ± 4 /M, respectively [10].

In contrast, the plasma nitrite and nitrate levels in plasma from endotoxin-treated rats were found to be ~ 6 /M and ~ 260 /M, respectively, indicating a sharp increase in nitrate [11]. In humans, resting salivary nitrite levels are approximately 50 /M [12], and may rise as high as 2 mM following ingestion of foods with high nitrate content [13]. When salivary nitrite enters the stomach, the acidity and ascorbic acid present in gastric juice combines to convert nitrite to NO. Thus, the physiological significance of high NO concentrations in body fluids has attracted considerable attention. This chapter will focus on the anti-microbial and cytotoxic activities of nitrite, and the significance of DNIC as a biomarker for this activity. The roles of nitrite in the vasculature will not be covered in this chapter. For this, the readers are referred to Chapters 14 and 15.

A Cured Meat Guide for Everyone