The optimal treatment of leishmaniasis depends on the infecting Leishmania sp. and the clinical syndrome (Pearson and Sousa, 1996; Berman, 1997). Pentavalent antimony (Sbv)-containing drugs, sodium stibogluconate (Pentostam) and meglumine antimonate (Glucantime) have been the mainstay of therapy for decades, but untoward effects are common and therapeutic failures have been increasingly recognized (Grogl et al, 1992; Herwaldt and Berman, 1992). Amphotericin B deoxycholate is effective but relatively toxic (Thakur et al., 1994). The most important recent advance in chemotherapy has been the use of liposome-encapsulated and lipid-associated amphotericin B for the treatment of visceral leishmaniasis. It is effective and less toxic than amphotericin B deoxycholate. Liposomal amphotericin B recently became the first drug approved by the US Food and Drug Administration (FDA) for the treatment of visceral leishmaniasis.

Sodium stibogluconate and meglumine antimonate are considered equivalent when dosed on the basis of their Sbv content, although bio-availability may vary among lots. They are administered intravenously or intramuscularly at a dose of 20 mg Sbv body weight daily. Sbv does not accumulate in persons with normal renal function. Side effects such as myalgias, arthralgias, fatigue, nausea, malaise and headache are common. Amylase and lipase elevations occur in the majority of recipients. Clinically apparent pancreatitis develops in some; it is particularly common among persons with chronic renal insufficiency. Sbv can adversely affect the heart. It produces non-specific ST-T wave changes and QTc prolongation. Shock and sudden death have been reported in persons who were receiving more than the recommended daily dose of 20 mg Sbv body weight. Lower doses of Sbv are sometimes used in older recipients, particularly those with underlying cardiac problems. Infrequent side-effects include rash, liver enzyme elevation, transient renal insufficiency, hemolytic anemia, leukopenia and thrombo-cytopenia.

Amphotericin B targets ergosterol-like sterols in the outer membrane of Leishmania as well as fungi. Amphotericin B deoxycholate is effective against all Leishmania spp., but toxicity has limited its use. It is frequently associated with fever, malaise, other constitutional symptoms, progressive renal impairment and electrolyte disturbances. Liposome-encapsulated amphotericin B is equally effective, but side-effects are less frequent and less severe (Torre-Cisneros et al., 1993; Gokhale et al., 1994; Davidson et al., 1994; di Martino et al., 1993; Seaman et al., 1995). Other lipid-associated amphotericin B preparations are likely to be effective, but they have been less extensively studied (Sundar et al., 1997). Lipid-associated drugs are attractive because they are targeted to macrophages, the site of infection. Major liabilities are their expense and limited availability.

Pentamidine is another alternative that has been widely used. It is effective but quite toxic (Thakur et al., 1991). It can result in hypotension if infused too rapidly. It is also associated with bone marrow suppression, nausea, vomiting, reversible azotemia and damage to pancreatic B cells, resulting in the release of insulin and life-threatening hypoglycemia. Those affected may later develop insulin-dependent diabetes mellitus, a potential fatal complication for someone living in an area without electricity, refrigeration or access to insulin. Less frequent side-effects are acute pancreatitis, rash and allergic reactions, including anaphylaxis.

The introduction of recombinant IFNy, which activates macrophages to kill amastigotes, was accompanied by initial enthusiasm, but unfortunately, it has been variably effective in the treatment of leishmaniasis when administered alone. The concurrent administration of IFNy with a pentavalent antimony-containing drug has been used successfully to treat persons with visceral leishmaniasis who have failed pentavalent antimony therapy, and in those with diffuse cutaneous leishmaniasis or mucosal leishmaniasis, two syndromes in which a penta-valent antimony-containing drug alone often fails (Badaro and Johnson, 1993; Berman, 1996). IFNy can induce a flu-like reaction with fever, chills, fatigue, myalgia, headache and, rarely, neutropenia. It is currently available only in research settings. A number of other approaches to therapy have been studied or are under development, as discussed below.

Sodium stibogluconate or meglumine antimonate 20 mg Sbv/kg body weight daily for 20-28 days remains the treatment of choice in many areas. The rate of primary failure varies with the infecting Leishmania sp. and location. Primary failures have been increasingly common with L. (L.) donovani in India. Persons who fail penta-valent antimony therapy can be treated with a second course of the drug or an alternative. Longer treatment courses are routinely used in some locations. The treatment course may also be continued if the initial response is slow or repeated if the patient relapses.

Liposome-encapsulated amphotericin B (AmBisome) is the only drug licensed for the treatment of visceral leishmaniasis in the USA. It is available in other industrialized countries. It is better tolerated than amphotericin B deoxycho-late, but more expensive. For immunocompetent patients the manufacturer's recommended dose is 3.0mg/kg/day on days 1-5, 14 and 21. The course of therapy may be repeated in those who do not achieve parasite clearance. For immuno-compromised patients the recommended dose is 4.0mg/kg/day on days 1-5, 10, 17, 24, 31 and 38. Relapses are common in persons with AIDS. Other lipid-associated amphotericin B preparations appear to be effective, but experience is less than with liposome-encapsulated amphotericin B, and they have not yet been approved by the USA FDA.

1991). As noted above, IFNy administered concurrently with a pentavalent antimony-containing drug has been used successfully to treat patients who fail to respond to pentavalent antimony alone (Sundar et al., 1995; Berman, 1996). Parenterally administered aminosidine (paromomycin) alone or with a pentavalent antimony-containing drug has been used in a limited number of persons with visceral leishma-niasis. It is effective in some but not all cases. Like other aminoglycosides, aminosidine is associated with renal and auditory toxicity. Recently published data suggest that miltefosine, a phosphocholine analog that affects cell-signaling pathways and membrane synthesis, is a highly effective and acceptably tolerated oral therapy for visceral leishmaniasis (Jha et al., 1999). Studies now ongoing or planned will determine whether it will emerge as the treatment of choice for visceral leishmaniasis and other leishmanial syndromes, or whether it will join the list of once-promising drugs that have fallen by the wayside (Herwaldt, 1999).

Patients with visceral leishmaniasis usually become afebrile and show symptomatic improvement within a few days of the start of successful chemotherapy, but laboratory abnormalities and hepatosplenomegaly resolve more slowly. Patients should be followed for 6 months following the completion of therapy; most relapses occur within the first few months. Relapses are common in patients with AIDS who have been treated with either Sbvv or liposome-encapsulated amphotericin B. It is advisable to administer chronic, suppressive anti-leishmanial therapy to them, but the optimal drug and regimen have not been defined.

Persons with functionally or cosmetically significant skin lesions and those infected with L. (V.) braziliensis or other Leishmania spp. known to cause mucosal disease should be treated. Sodium stibogluconate or meglumine antimonate, 20 mg Sbvv/kg body weight daily for 20 days, is currently recommended. Lower doses or a shorter duration are used in some locations, but they may contribute to the development of antimony resistance. Persons with small, cosme-tically unimportant or healing lesions who are infected with Leishmania spp. that are not associated with mucosal spread can be followed expectantly. In general, cutaneous lesions due to L. (L.) mexicana or L. (L.) major heal more rapidly than those due to L. (V.) braziliensis or L. (L.) tropica.

A number of alternative approaches exist for the treatment of cutaneous leishmaniasis. When systemic therapy is desired, amphotericin B deoxycholate at the doses described for visceral leishmaniasis can be used. The efficacy of liposome-encapsulated or lipid-associated amphotericin B has not been assessed in patients with cutaneous leishmaniasis. Another alternative is pentamidine isetionate, 2mg/kg body weight every other day for seven doses, or 3 mg/kg body weight daily for four doses, but the risk of toxicity is significant. The combination of IFNy and pentavalent antimony has been used successfully to treat patients with diffuse cutaneous leishmaniasis in Latin America (Badaro and Johnson, 1993).

Imidazoles, which inhibit ergosterol biosynthesis, have activity against some Leishmania spp. Ketoconazole (Berman, 1996) is effective in some persons with L. (L.) mexicana infection, but failures are common with L. (V.) braziliensis. Although allopurinol and related compounds initially appeared promising (Martinez and Marr, 1992), failures have been reported and they are not recommended (Herwaldt et al., 1992).

Local therapy is another option, provided that the infecting Leishmania sp. is not associated with the potential for mucosal leishmaniasis. Intralesional injections of stibogluconate sodium have been reported to be effective in approximately three-quarters of persons with localized L. (L.) tropica infection, but each lesion must be injected intermittently over a period of approximately 1 month. Topical administration of 15%

paromomycin and 12% methylbenzethonium chloride in soft white paraffin twice daily for 10 days has been used successfully in the treatment of L. (L.) major (el-On et al., 1992). It is associated with local burning, pruritis and vesicle formation in some persons. The local application of heat to the lesions of American cutaneous leishmaniasis can result in cure, but treatment is prolonged and technically difficult (Navin et al., 1990). Immunotherapy with a crude pro-mastigote antigen and BCG has also been reported to be effective (Convit et al., 1987), but the response is slow.

Mucosal leishmaniasis due to L. (V.) braziliensis is usually treated with a pentavalent antimony-containing drug, but primary failures and relapses are relatively common. Alternatives include amphotericin B deoxycholate and pentamidine isetionate. Liposome-encapsulated and lipid-associated amphotericin B have not been studied. Preliminary data suggest that the combination of pentavalent antimony and IFNy is more effective, but IFNy is available only in research settings. When necessary, plastic surgery should be delayed for 6-12 months after apparent cure of mucosal disease because relapses are common and associated with a poor cosmetic outcome.

Headache Happiness! Stop Your Headache BEFORE IT STARTS. How To Get Rid Of Your Headache BEFORE It Starts! The pain can be AGONIZING Headaches can stop you from doing all the things you love. Seeing friends, playing with the kids... even trying to watch your favorite television shows. And just think of how unwelcome headaches are while you're trying to work. 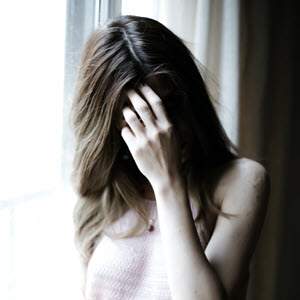 How to Cure Diabetes and Get Off Insulin, Chemotherapy, Headache, Immunotherapy, Allergic Reactions