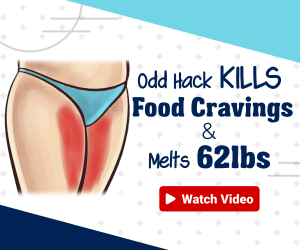 Case Study 2: Intraventricular Administration of Cytosine Arabinoside for the Treatment of JC Virus Infection in Patients with Progressive Multifocal Leukoencephalopathy

The principal reason for using this route of administration is to deliver drugs behind the blood-brain barrier (BBB) by taking advantage of the fact that no equivalent barrier exists at the interface between the ventricular fluid space and the interstitial space of the brain parenchyma. That the BBB is often a major problem to be overcome is suggested by the image in Figure 9.4. This autoradiogram shows a longitudinal cross section of a rat that was sacrificed 5 minutes after an intravenous injection of [14C]histamine (11). The compound has distributed throughout most organs of the body, but the brain and spinal cord remain white in this image, indicating no significant delivery of histamine to the central nervous system. With intraventricular delivery of agents, high brain interstitial fluid levels can be achieved, since the BBB now tends to block microvascular efflux of the drug and trap it in the interstitial space, only allowing the drug to be slowly cleared to the plasma and systemic tissues via bulk flow of cerebrospinal fluid through the arachnoid villi.

This approach has been explored in attempts to treat progressive multifocal leukoencephalopathy, a rapidly fatal disease caused by the JC virus and characterized by regions of central nervous system demyelination and markedly altered neuroglia. The virus is known to be sensitive in vitro to the action of cytosine arabinoside (ARA-C) concentrations of 40 |M (10 mg/mL) or more (12). Because the agent crosses the blood-brain barrier slowly, Hall et al. (13) designed a study to test whether intraventricular/intrathecal administration of ARA-C could successfully treat JC virus in humans. ARA-C was administered as a bolus into the cere-brospinal fluid (CSF) space at the initial rate of 50 mg every 7 days. This ARA-C regimen was found to be

ineffective. However, Zimm et al. (14) had previously shown that, after a 30-mg bolus intraventricular injection of ARA-C, CSF concentrations of this drug have a terminal elimination half-life of 3.4 hours and decrease to less than 40 |mM in less than 15 hours. Thus, for much of the 7-day dosing period, even the surface concentrations of this drug would not have been expected to exceed the lowest ARA-C concentration found to have antiviral activity in vitro. Therefore, choice of the delivery regimen used in the clinical trial probably provided an inadequate test of the potential efficacy of this therapeutic approach.

Groothuis et al. (15) used sucrose, an unmetabolized marker compound that has very low capillary permeability, to initially evaluate the therapeutic feasibility of administering chemotherapy by the intraventricu-lar route. Sucrose was infused by osmotic minipump into the lateral ventricle of a rat for 7 days, yielding the concentration profile exhibited in Figure 9.5A, a profile well fit by theoretical Equation 9.5 using published diffusion and permeation constants for sucrose (16). In this experiment, the penetration distances to one-half and one-tenth the surface concentration were 0.9 and 3 mm, respectively. In a subsequent study, Groothuis et al. (17) continuously infused ARA-C into the ventricles of rat brain over 7 days. They found that even with continuous administration of ARA-C, tissue concentrations dropped to one-half the surface concentration at a penetration distance of 0.4 mm and to about one-tenth the surface concentration at a penetration distance of 1.0 mm (Figure 9.5B). These distances are of the same order of magnitude but are somewhat less than those achieved with intraventricular delivery of sucrose.

This indicates (see Equation 9.5) that ARA-C is cleared more rapidly than is sucrose, consistent with the known presence of nucleoside transporters in the microvascular walls of the brain as well as with metabolic deamination of ARA-C to uracil arabi-noside (14). It is not such a rapid rate of clearance, however, that millimeter penetration depths cannot be achieved in accessible time frames. Indeed, evaluation of Equation 9.6' (assuming equal partitioning of drug between intracellular and extracellular spaces so that D = feDe) indicates that 1-mm penetration depths can be achieved in roughly 3 hours. This suggests that a 40-mM effective concentration could have been maintained at this depth throughout the multiple-week exposures of the study conducted by Hall et al., provided the surface concentration was constantly maintained near 400 |mM (see Figure 9.5B). In turn, if this concentration were to exist throughout the 140-ml CSF volume (so that total mass in the CSF = 13.6 mg), the 3.4-hour half-time for clearance of the CSF implies that the concentration could only be maintained if the cleared mass were constantly resupplied by infusion at the rate of (13.6/2 mg/3.4 hr) = 2 mg/hr or, equiv-alently, 336 mg/week. This continuous infusion rate is nearly sevenfold the 50-mg/week bolus rate employed in the Hall et al. study. Thus, our example suggests that further trials employing more optimized drug delivery may be indicated before ARA-C can be ruled out definitively as a potential therapeutic agent for patients with multifocal leukoencephalopathy.

Previous discussion has indicated that unmetabo-lized small molecular weight, hydrophilic molecules (MW < 500) typically penetrate tissues to (half-surface-concentration) depths that range at steady state from 0.1 to 1 mm. The depth is on the order of 0.1 mm for most tissues of the body, as we have seen in the case