Importance to Psychology of Consciousness 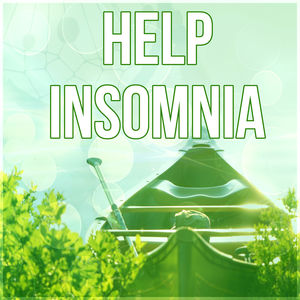 As a naturally induced alteration in consciousness that can be studied objectively with electrophysiological recording equipment, sleep has assumed a prominent role in the psychology of consciousness. Electrophysiological recording techniques that were originally developed in sleep research are now widely used to study other aspects of consciousness, such as hemispheric asymmetries, meditation, sensory isolation, biofeedback, dreams, and drug effects on the brain and behavior. In addition, sleep is one of the few alterations in consciousness that plays a central role in several areas ofpsycholog-ical inquiry. For example, physiological psychologists are concerned with the neurobiological mechanisms underlying sleep, as well as the functions of sleep. From their perspective, sleep is simply one of many human behaviors and cognitive processes whose biological basis must be ascertained. Developmental psychologists are interested in age-related changes that occur in sleep and attempt to develop applications of those findings for concerned parents of young children. Finally, physicians and clinical psycholo gists are often presented with patients who suffer from physical or psychological stress as a function of sleep disorders. These professionals are interested in developing effective drug and psychological therapies that can be used to treat sleep-disordered patients. Sleep is a concern in many areas of psychology.

Because sleep is universal in humans, it will continue to play a major role in consciousness studies and throughout the discipline of psychology. Future research will likely focus on applications of sleep research to industrial settings that employ shift workers. The emphasis will be on reducing fatigue and improving performance among employees by gradually adjusting them to shift work and by changing employee work schedules infrequently. In addition, research will seek ways to improve diagnostic procedures and treatments for a variety of sleep disorders, including insomnia, hypersomnia, sleep apnea, narcolepsy, and enuresis. The focus will be on developing effective drug and psychological therapies. Finally, pure research will continue to examine the functions of sleep, and to delineate more clearly the adverse effects of sleep, even those of a temporary nature.

Salvation For The Sleep Deprived The Ultimate Guide To Sleeping, Napping, Resting And  Restoring Your Energy. Of the many things that we do just instinctively and do not give much  of a thought to, sleep is probably the most prominent one. Most of us sleep only because we have to. We sleep because we cannot stay awake all 24 hours in the day.